Today we visited  Patrick Henry’s Burial Site at Red Hill National Monument.  Patrick Henry was a big player from Virginia in the founding and forming of this nation.  We stopped by Brookneal, VA to visit Mr. Henry’s site.

Patrick Henry the Orator of the American Revolution

He was active on both the state and national level but is most known for his famous and moving quotes and speeches.  You may recognize a few of them:

I know not what others may choose but, as for me, give me liberty or give me death.

I know of no way of judging the future but by the past.

For my part, whatever anguish of spirit it may cost, I am willing to know the whole truth; to know the worst and provide for it.

Enjoy the short video of our trip to Red Hill National Monument, and paying our respects to his memory.

Patrick Henry was an Attorney, Farmer, and Statesman, and was invited to both the First and Second Continental Congresses.

While attending the First Continental Congress, he was very active in the debates and in creating the response to the King of Britan.

He also was one of the “Signer of the Continental Association“, which was basically a system for implementing a trade boycott with Great Britain.  (Stamp Act Congress).

Mr. Henry attended the Second Continental Congress for a short time but did not return after the summer break.  Instead, he chose to participate in the forming of this Nation at the Virginia state level, (House of Burgesses), where he was a driving force in ratifying the Declaration of Independence.

Patrick also held many other offices in Colonial America, including being the first and sixth Governor of the newly formed Commonwealth of Virginia.

Red Hill is a beautifully maintained property and was the final estate of Patrick Henry.

The staff and volunteers are doing an amazing job preserving and history surrounding this signer.

Patrick Henry’s burial plot is on the property and is beautifully maintained.  He is buried beside his second wife Dorothea Dandridge. 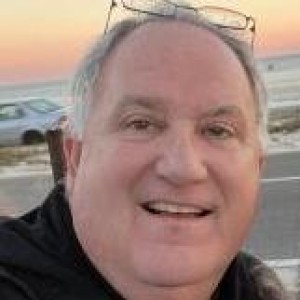 Hi there, and welcome to Signers Tour. Here I hope to bring you a step closer to our great and glorious past through the lives of each of our signers of the Declaration of Independance, and that most amazing of human achievements, our United States Constitution.
PrevPreviousFinal Resting Place Richard Hutson
NextSigners of the Declaration of Independence in St. AugustineNext